Walking in Paris is one of the best ways to get to know the city and really feel the unique Paris energy. A walking tour of Paris with an expert guide will leave you with plenty of stories about Paris. Stories make a neighbourhood come alive. Stories will stay with you long after the dates have been forgotten. Historical anecdotes and hearing about the people who influenced Paris to be the city she is today will leave you feeling connected to the City Of Light.

Take a walking tour of Paris. Here are 7 unique Paris walking tours for those with curious and open minds or specific interests. Explore Paris from a different perspective with a knowledgeable guide.

Dr Monique Wells and her husband Tom Reeves are the founders of Entrée to Black Paris. Their website is full of information and tours which feature the history, culture, and contemporary life of African Americans and the larger African diaspora in Paris.

I joined the Black History In and Around the Luxembourg Garden tour knowing I would learn a lot. This Paris walking tour highlights famous historical figures such as James Europe, an American composer, and Chester Himes, an American writer, who both found success in France.

Stopping across from the Odéon Theatre, Tom highlights the stories and success of American playwright Adrienne Kennedy and Martinican poet, author and politician Aimé Cesare.

Of course, the tour would not be complete without talking about American author Richard Wright, one of the first African American writers to protest white treatment of blacks in his books Native Son (1940) and Black Boy (1945).

One of the highlights of the tour is the chain sculpture found in the Luxembourg Garden representing the abolition of slavery. Pause for a few minutes and read the words covering the sculpture – suffering, death, freedom, lost.

I walked away feeling more informed about Black History in Paris and knowing I have much to learn.

Entrée to Black Paris has a variety of walking tours, both group and private.

Which walking tour of Paris will you take with Monique or Tom of Entrée To Black Paris?

When I met Richard, I could immediately sense his passion for Paris. A former New Yorker, Richard has lived in Paris for the past 17 years and has been giving tours for 15 years. On his neighbourhood tours, Richard shares his love for the city and insider insights showing clients off the beaten path Paris that you would not discover on your own.

Richard also offers Food, Chocolate, and Pastry tours through Paris. Who better to take a food tour with than someone that was a chef and caterer for 21 years and, prior to that, a chocolatier and baker! Richard has scoped out some of the tastiest pastry boutiques! Mmmmm! This walking tour of Paris is definitely for those with a sweet tooth.

Eye Prefer Paris has a variety of walking tours of Paris including one in Montmartre, a Gourmet Food and Market Tour, and Shopping Tours of Paris.

Which walking tour of Paris will you take with Richard at Eye Prefer Paris?

Flora Goldenberg offers Jewish Walking Tours of Paris through le Marais which has been the centre of Jewish life in Paris since the 13th century. This Walking Tour of Paris highlights the history of the Jewish community in Paris, takes you to hidden spots only known by a local, and into some of the beautiful synagogues of le Marais. Flora will also direct you to Kosher bakeries and Jewish bookshops. The tour can also include a visit to the Holocaust memorial in Paris.

I spent some time with Flora in le Marais and her enthusiasm for her area of expertise is palpable. She told stories to make the Jewish history come alive, pointed out details on facades that one might not notice, and took me into tucked away synagogues. I left with a deeper appreciation for le Marais, an area I have spent a lot of time exploring.

Find out all the details of Jewish History Tours

Read more | 23 Fascinating Things To Do in le Marais and some insider tips from a resident of le Marais.

I first took a Paris walking tour with Paris Greeters a few years back. What drew me to sign up was the fact that a local, a real Parisian, was going to guide me through their neighbourhood. I have been on three different walking tours of Paris with Paris Greeters and came away each time with an appreciation for Paris history and a love for finding tucked away spots that as a regular tourist I would never have seen. As always, the stories and architectural details stayed with me. Even now, passing by familiar corners, I smile when I think of the Paris Greeters who showed me what to look for!

These volunteers that give a walking tour of Paris are passionate ambassadors of their city and you are sure to walk away with some new information that makes you feel more connected to Paris.

Which walking tour of Paris will you take with a Paris Greeter?

In Paris, there is plenty of graffiti, tagging and stunning street art. Taking the Street Art Tour in Belleville, was an education and a delight. Led by a real street artist, Stephan, we learned about the different styles of street art, examined signatures and talked about the unwritten rules in the community of street artists. Besides discovering secret spots in Belleville with fabulous works of art, this Paris walking tour will change the lens through which you evaluate and appreciate street art. At least it did for me. If you are not familiar with Belleville, the tour is a great introduction to the 20th arrondissement.

I still can’t believe what works of art can be created in a hurry, with a can, or two, of spray paint. Unless commissioned, street art in Paris is illegal and therefore needs to be done in a hurry.

As I have mentioned before, if you love a piece of street art take a photo because it doesn’t last for long, unless commissioned.

Street Art Tour of Paris has a variety of walking tours of Paris including one in Montmartre, one focusing on feminist street art and another on large murals.

Which walking tour of Paris will you take with Street Art Tour Paris?

Love street art and heading to Chile? Read about one of my favourite, bohemian cities, Valparaiso, “The Jewel of the Pacific.”

Nikki and Frederic share their passion and deep knowledge of Paris by designing unique cultural activities that are authentic and definitely off the beaten path Paris. For the adventurous and curious soul, these tours, which can be completely tailor-made, are one of a kind. Have a passion for bread making or architecture? TheWaysBeyond will create a tour around your interests.

One tour that TheWaysBeyond offers involves meeting a producer of French caviar, the only one represented in Paris with his own store. In this unique cultural experience, one learns about caviar production techniques, how to taste caviar with a professional, and how to recognize the differences between three lines of caviar. All this caviar tasting is, of course, accompanied by a glass of vodka!

Nikki and Frederic also offer walking tours of Paris that uncover secret corners and retell historical anecdotes. Daytrips from Paris are also offered including a trip to Rosa Bonheur’s chateau and Jean Cocteau’s house near Fontainebleau.

Which walking tour of Paris will you take with TheWaysBeyond? Find out more on their website.

Heidi showcases women and their influence in all aspects of life. Heidi’s tours include the importance of women in science, politics, medicine and the arts. You’ll walk away nodding in approval of great and courageous women such as George Sand, Colette, Camille Claudel, Mata Hari, and Simone Veil.

Women of Paris has several walking tours of Paris including the Essential Women of Paris, another called Sugar and Spice which focuses on the female writer in Paris. A third tour entitled the Drama Queen Tour highlights some of the heroines of the Paris stage, in theatre, music and film.

Which walking tour of Paris will you take with Heidi and the Women of Paris Walks?

Let me know which walking tour of Paris resonates with you and which you will take on your next visit to Paris.

After taking a walking tour of Paris, you might want to explore these areas of Paris.

And don’t forget that the 7th arrondissement has lots to see and do once you have seen the Eiffel Tower.

Paris In The Fall: How To Have The Best Time

Paris In The Winter: The Best Of This Magical Season

Snow In Paris: How To Experience This Enchantment 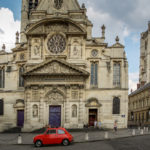 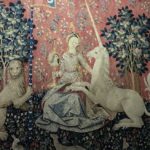 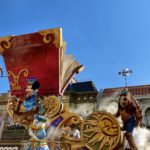