“Our granddaddies were friends. They fought the Nazis together.” I know immediately that The Czech Republic is going to live up to its reputation: The Land of Stories.

I stare back at my guide’s serious face trying to process this other world.

We have come to the Beskydy Mountains, Trojmezí to be exact, in a corner of the Czech Republic where Poland, Slovakia and the Czech Republic meet. Close enough for granddaddies, regardless of nationality, to band together over a common cause.

It is my first visit to Eastern Europe, and this day trip from Ostrava with fellow travel bloggers, has me staring, pausing and processing. I study my various guides intently and observe the locals go about their business, trying to see into their hearts. What does it mean to live with Nazis on your doorstep and then under Communist rule? How does this shape who you are?

Earlier in the day, standing in Český Těšín, I got a glimmer of understanding. This town. Is it one or is it two? Český Těšín on the Czech side. 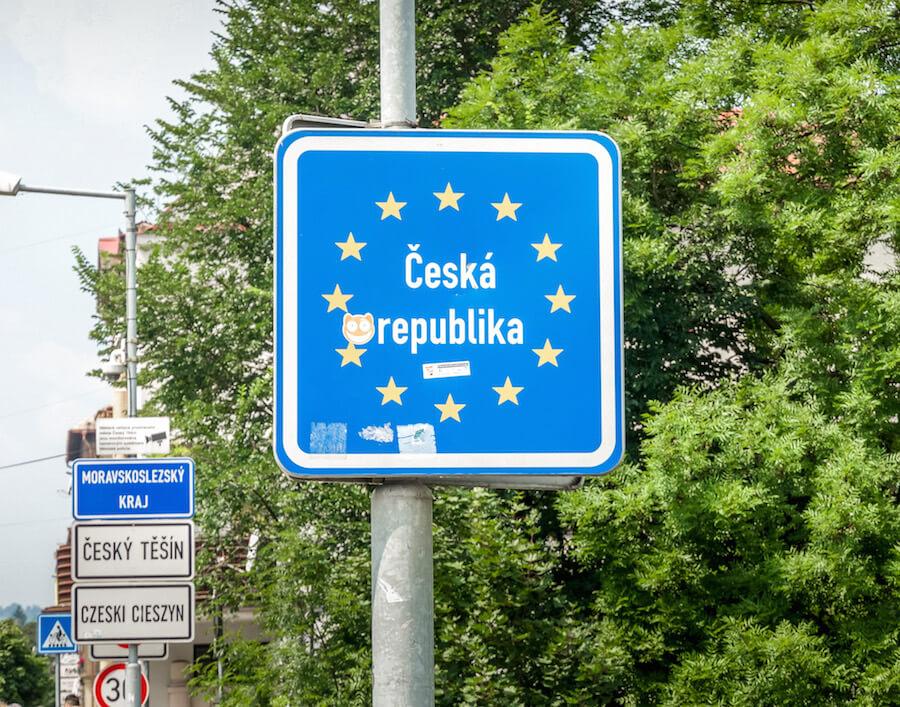 Cieszyn on the Polish side. The Olše River (Olza in Polish) flowing between them, acting as a border. It’s confusing, to say the least. 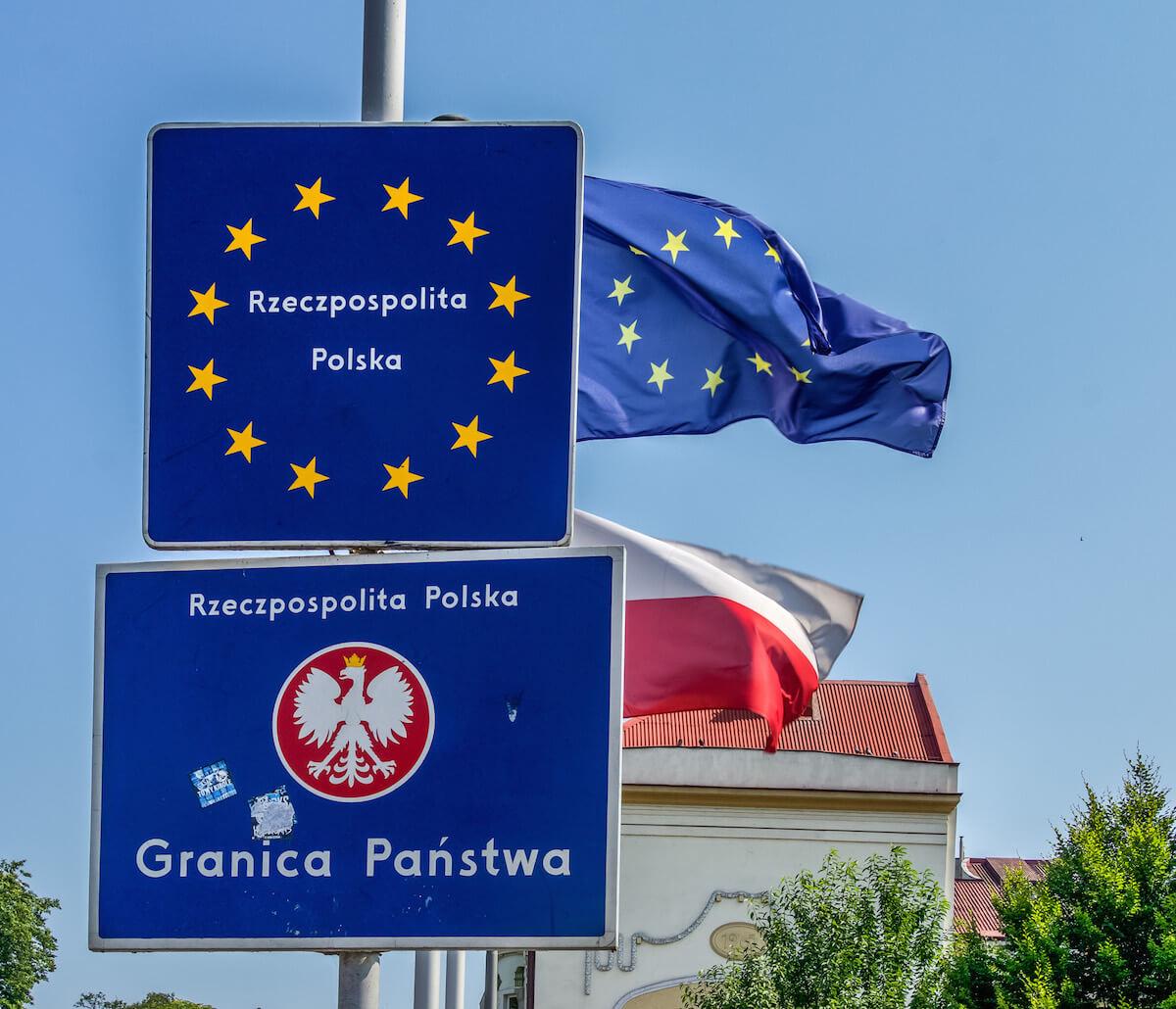 This used to be one town, founded in 810 but it was divided after the fall of the Austrian Empire in 1920. A town partitioned. The Polish side retained the castle and the town square. The Czech Republic, the railway station.

For years, the banks of the Olše River were patrolled by soldiers and police dogs. Families queued for hours to cross the border and visit loved ones. Cieszyn hosted outdoor film nights on the river banks. Poles and Czechs gathered to watch. Divided yet together. 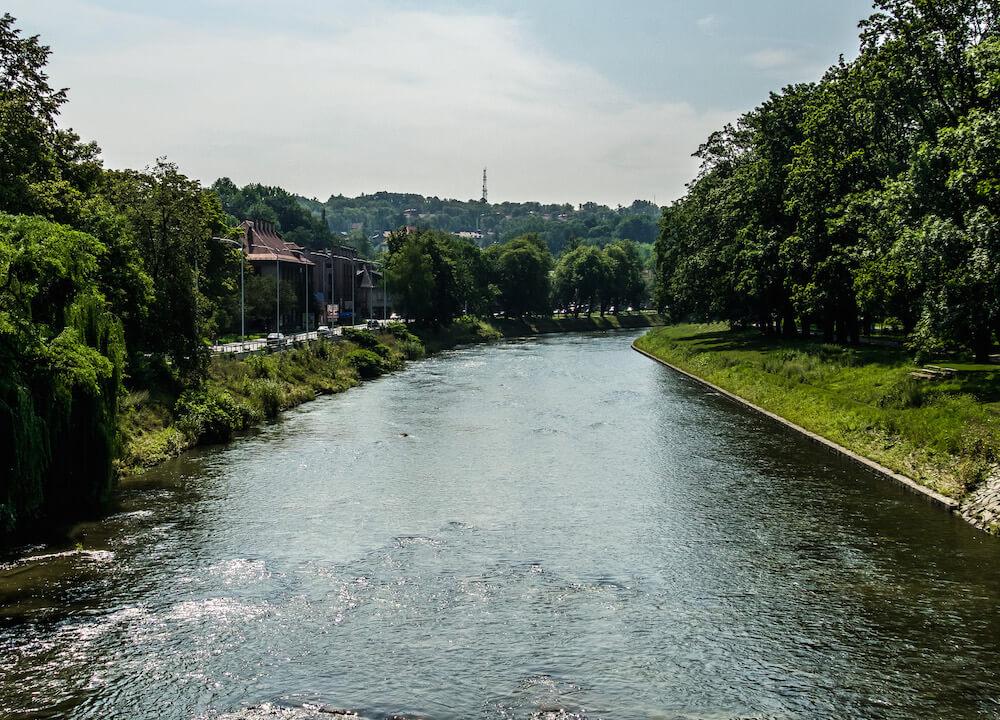 The Schengen agreement in 2007 opened the border between Český Těšín and Cieszyn. Now people stroll casually over the two bridges where once there were line ups and passport stamps. Ninety-seven years passed by. Nationalities changed from Austrian to German to Polish to Czech. And back again.

In their hearts? Decades of partition. 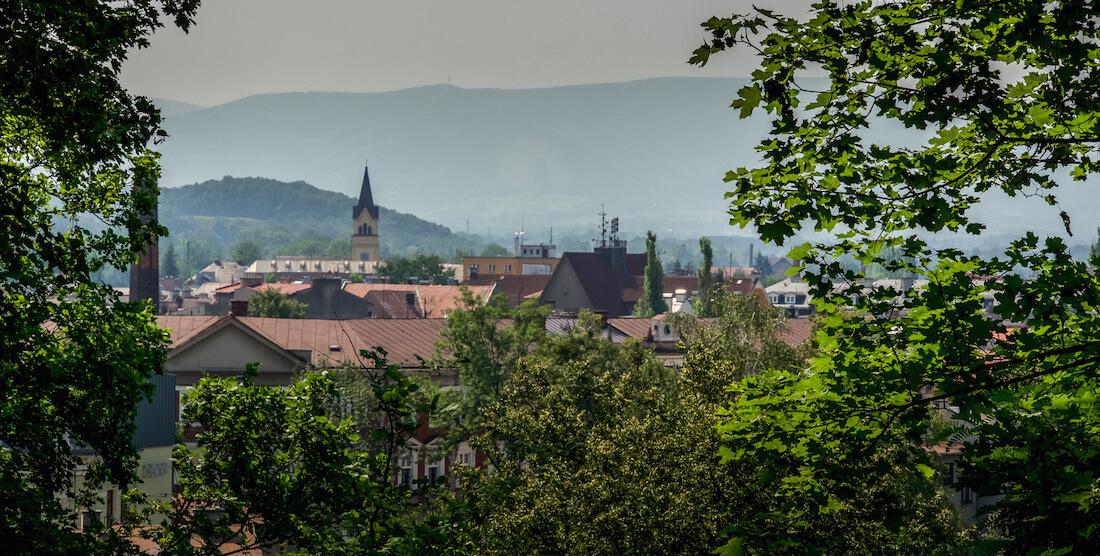 As we climb through the Beskydy mountains we pass thick forest where mushrooms grow abundantly. In the fall, cars line the road making it impossible to pass by. Mushroom foraging is an integral part of the culture and a survival skill. My guide’s voice crackles over the microphone. “The soldiers came and took all of the livestock. They took everything people had. The government took our food. We ate potato pancakes, berries and mushrooms.“

It is all shared in a matter-of-fact tone. The Communists took everything. We have heard that more than once today.

In their hearts? Years of scarcity and oppression.

The bus crawls along the narrow roadway passing into Poland and then back into the Czech Republic, closing in on its eastern border.

Prague’s public art scene is quirky and not to be missed. Read about it here. 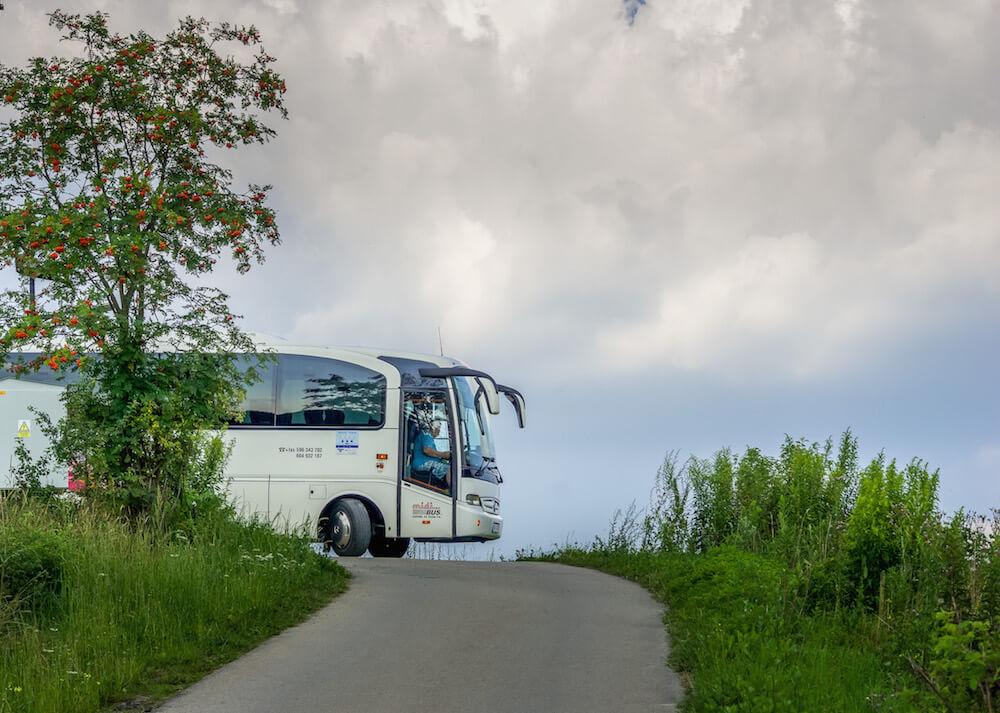 I am wishing I was on the back of a scooter hugging the corners, feeling closer to the land. The hills are rolling and the mountains are bathed in a bluish haze. Pointed rooftops dot the landscape. I imagine those granddaddies. Were they in the forest and the farm buildings scheming ways to out-manoeuvre the Germans? And the Communists? It is a world with challenges unfamiliar to me. But they resonate. Deeply. 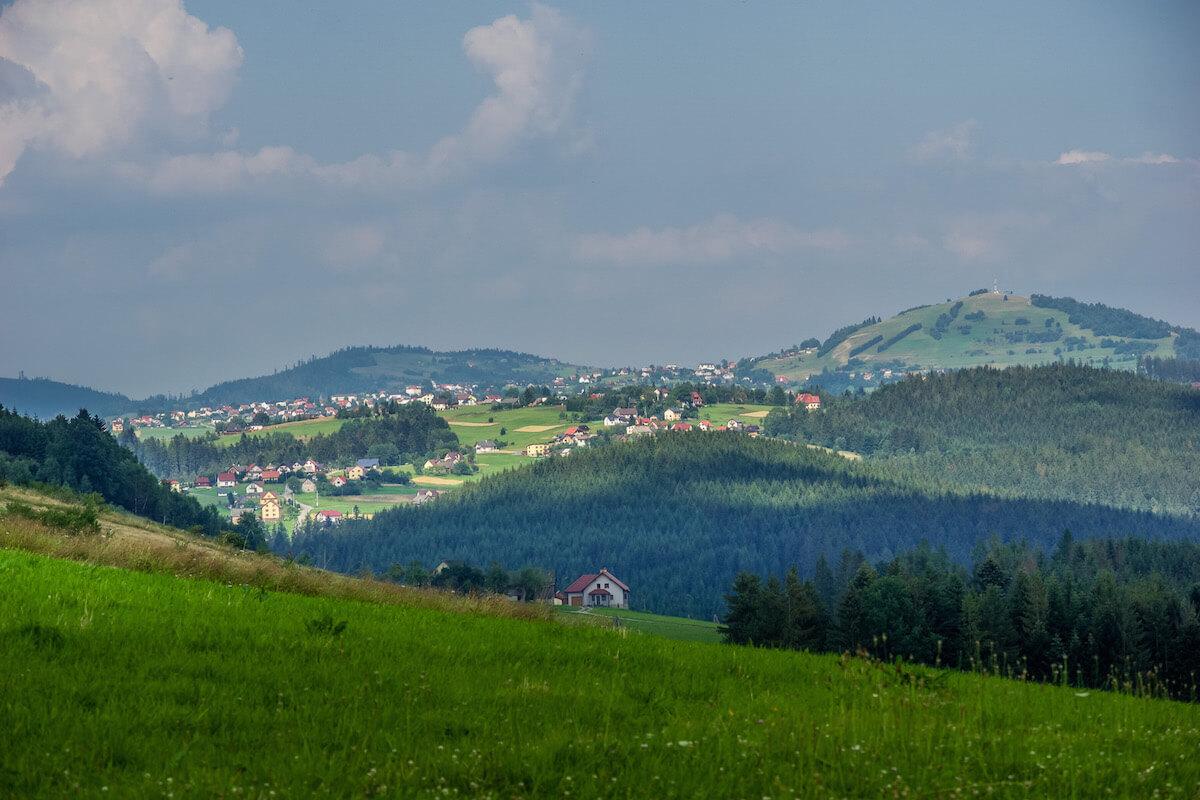 We leave the bus and walk the rest of the winding path to Trojmezí. The borders of the three countries meet here. Granite monoliths, each two metres high, mark each country and bear its coat of arms.

A drifting scent of earthy potato pancakes leads us to a wooden gazebo standing alone amidst the emerald green hills. The grinning mayor of Trojmezí greets us with open arms, frosty, local beer and copious gin shots made with juniper grown on the hillsides. He is adamant we enjoy the drinks on offer while taking in the bucolic views. There is no saying “No” to this mayor! He refills our juniper glasses to the brim, jauntily chatting in Czech, and invites us to share a shot with him.

Face to face. One nationality to another, united for a moment by this firewater. 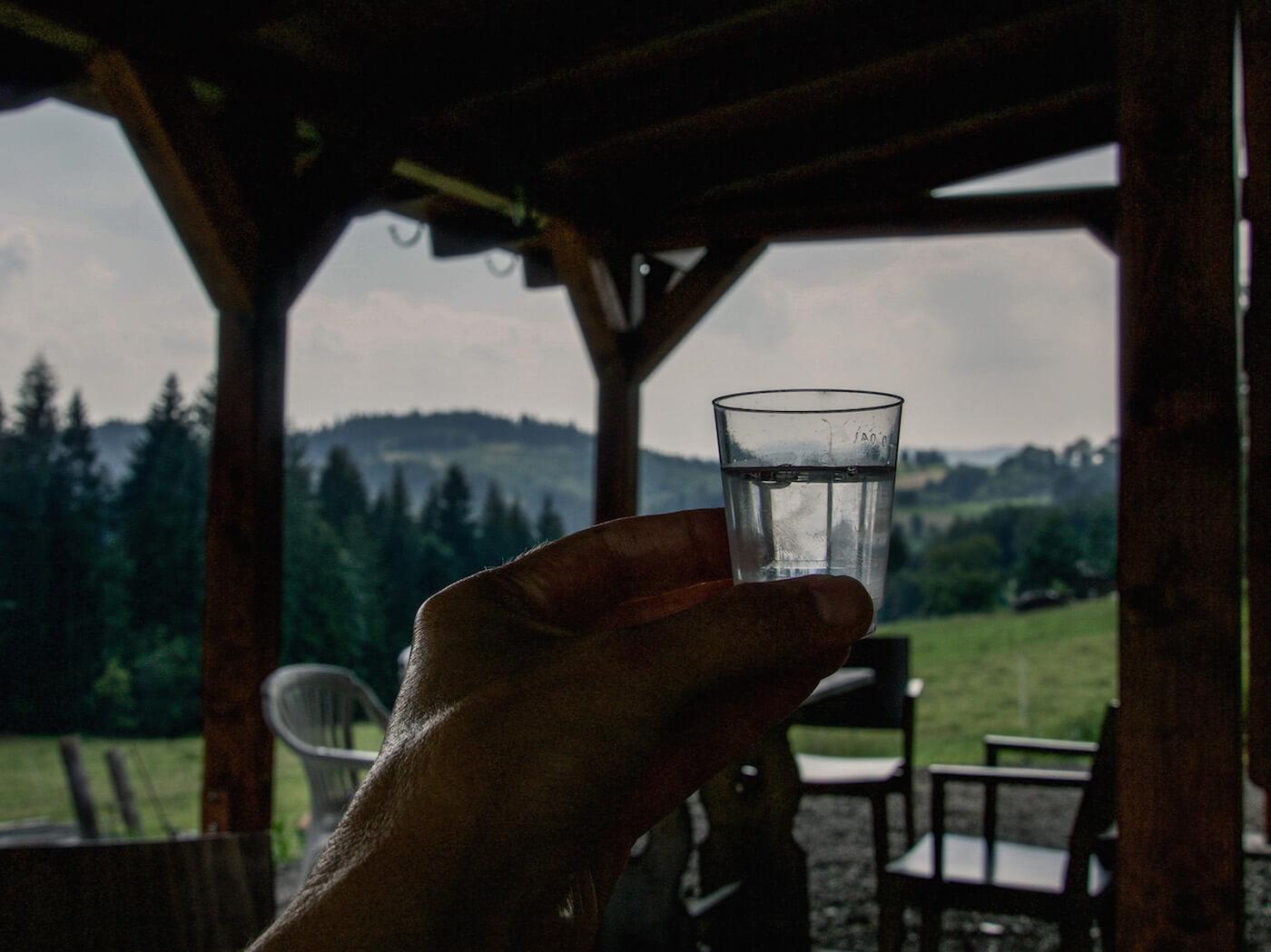 In their hearts? Hospitality and fierce national pride.

As I sip my Czech beer, Slovakia, a few footsteps away, is beckoning. With a giddy glance backwards to the Czech Republic, I scramble down a rocky gully and, less steady than a newborn mountain goat, make my way up the far side to set foot in Slovakia. I can’t get the granddaddies out of my mind. Did they too hasten down this rocky incline to a clandestine meeting?

At day’s end, the guide hops off the bus in the middle of the Beskydy mountains. She has no idea of the impact she has made. This tiny corner of the Czech Republic has found a resting place in my heart.

Street Art In Prague: Where To Find The Best Pieces

Ostrava Czech Republic | Things to Do in the City with Three Exclamation Marks!