I’ve been eyeing the Velib bike stands on every trip to Paris. The city’s bike rental system, Vélib ‘Métropole, is one of the ways of getting around Paris. Just watch. The green and aqua bikes fly along the designated bike lanes and dart amongst the hectic pulse of city traffic.

I eyed the Velib bike stations longingly. Sometimes every bike was gone. Other times cyclists would race against the clock to park their Velib bike. How did the Velib system work? Was I brave enough to cycle in Paris? Would I rent the green standard Velib bike or a light aqua electric bike?

Paris is a walking city after all. My favourite method to connect with Paris is on foot. It is then that I can step into my alter-ego of flaneuse and observe Parisians and city life.

I also love the Paris Metro and feel quite confident, as you can read in this post, in sharing how to use it like a pro!

During the Coronavirus pandemic of 2020 when Paris was locked down, nobody was going too far with the one kilometre limit on travel distance. Even the Velib bike system was off-limits.

I looked at the Velib stations. I observed the empty streets of Paris and decided that one day before life returned to normal, whatever that may be, I needed to get this Velib bike rental figured out so I could join the thousands of Parisians who cycle their city. It seemed to be an integral part of the Parisian culture that I wanted to connect with.

And so I did. The Velib bike system is not easy to figure out with a foreign credit card but once I got sorted out, I started to rent Vélib bikes and gradually gain some confidence in cycling in Paris.

After a few successful trial runs, I headed out to the 20th arrondissement to find rue Saint-Blaise, one of those unique Paris streets, which was once the heart of the village Charonne. I love discovering the different villages that constitute Paris and had heard that the magnolia trees on rue Saint-Blaise were stunning.

There is a lovely church, Saint Germain de Charonne, at the top of rue Sainte-Blaise and I leant my Velib bike against a tree and took a few photos. I headed down the virtually empty cobbled street and delighted in the small boutiques and galleries, empty during this time of confinement.

The street art was a must to photograph.

I once again leant my Velib bike up against a building and turned to take a few photos. I was completely immersed in the experience. This little corner of Paris felt like it was all mine.

I stepped away from my bike for three minutes, maybe four. Just enough time for it to disappear.

It is such a shocking experience to be robbed. I know there are many scams in Paris and I have been fooled once before. I try my best to be street smart on the Metro. But on this quiet laneway where I felt like I was in the country, I was stunned.

I walked up and down rue Saint-Blaise looking for the Velib bike, with a sinking feeling in my gut. I felt like I was going to vomit. This was not happening.

But in actual fact, it was. And what I didn’t know at the time was that apparently 1000 Velib bikes are stolen or vandalized every week in Paris.

I was part of a game I knew nothing about.

I finally accepted a few facts:

Still shaken, I realized how fortunate I was.

I had left nothing in the basket.

I was not harmed in any way.

And thank goodness, I had just received a new SIM card in the mail. One that gave me a proper French phone number and data.

I called the Velib bike rental and in my not so polished French explained the situation.

She “returned” the Velib bike in the system so that I could rent another one to get home and explained that I had to go to the police station to report the theft.

I was pretty rattled.

I had gone further than the one-kilometre distance right at the end of confinement and now I had to go to the police station and report a stolen bike.

Hello, Paris. I get it. You are a big city and big cities have an underbelly. I ‘ve seen a mere glimmer of it. Tents pitched as homes in a corner or alongside a church wall. Drugs being exchanged and filthy outdoor living conditions. My guess is that someone was watching me. At the top of the street taking the photo of the church and followed me down rue Saint-Blaise.

How Not to Get A Velib Bike Stolen

Don’t leave your Velib bike unattended, even for a second. And whatever you do, never leave it in the perfect getaway position as I did – on a street corner, facing downhill. So simple for the thief. Nonchalantly walk by, hop on the bike and go…

How to Pause Your Bike Journey

Cost to Replace a Velib Bike

It says on the Velib site that the cost for replacing a bike is €300. I resigned myself to the cost. Ten days later, when the Velib bike had still not been returned, I was charged €200 for the standard bicycle. Possibly it is €300 for the electric bikes.

Honestly, despite the credit card challenges and the stolen bike, I have to pinch myself as I cycle in the designated bike lane alongside the Seine.

Have you given cycling à Paris a try?

Don’t want to head out on your own? Try one of these bike tours to experience cycling in Paris.

Where To Find The Best Croissant In Paris

Galette des Rois: How To Celebrate This Delicious French Tradition 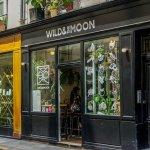