Scilla Calabria, a fishing village, is in a region of Italy virtually unknown to international visitors.  My sister and I arrived in Scilla (pronounced Shee-la) after a harrowing drive through the mountainous countryside. It’s not hard to get to Scilla, Calabria from Tropea if you follow the autostrada but we had chosen to take the scenic backroads with the help of google maps and became hopelessly lost.

It looks simple to get to Scilla Italy – right?

My few words of wisdom from that experience? If you are driving from Tropea to Scilla Italy via the back roads, take a good old-fashioned map.

Google maps and lots of hand gestures with Italians eventually led us to the on-ramp of the Autostrada A2 which runs from Naples to Salerno in southern Italy. I exited the roundabout (that in itself, a nightmare for a Canadian driver)  and realized I had no idea if we were pointed north to Rome or south to our destination, Scilla Italy.  In a split-second decision,  I swerved into a pullout just before entering the autostrada, came to an abrupt halt and momentarily laid my head on the steering wheel.

Would we ever make it to Scilla Calabria?

Out of the corner of my eye, I could see the windows of the already parked white van unrolling. I looked up at four rugged and astonished faces peering out at us.

After an exchange of jumbled French, Spanish and Italian words, accompanied by over-exaggerated hand signals and facial expressions, we found ourselves following the white van all the way to Scilla, Calabria.

With a massive “Grazie” and our nerves a little frayed, we started our visit to Scilla Italy. What better place to find balance than a tiny fishing village tucked between mountains, that appear to fall into the sea, and a tiny strip of coastline.

Breathe in the salty air drifting off the Tyrrhenian Sea, indulge in a divine hazelnut gelato and take note of the men in the main square, Belvedere di Piazza San Rocco, conversing and observing life at it unfolds before them.

Scilla Italy is the kind of town where men have one of three names – Pepe, Mimmo or Tonito (short form for Guiseppe, Domenico and Antonio) and the soaring towers on fishing boats tell of an age-old tradition of fishing for swordfish in the Strait of Medina, a narrow strip of ocean separating Sicily from the rest of Italy.

From the Belvedere di Piazza San Rocco lean over the railing, gaze out at Sicily and ponder how long Scilla Italy has existed. Scilla’s history dates all the way back to mythological times. Scilla (Scylla) was a fearsome monster guarding the Strait of Medina. Scilla (Scylla) and Charybdis, a sea monster that lived on the opposite side of the strait, played havoc with ships passing through the Strait of Medina, including that of Ulysses.

Read More | Heading to northern Italy? This city is a treasure and totally worth a visit.

Scilla’s Ruffo Castle, apparently also in existence since mythological times, perches on a rocky ridge jutting into the sea separating the two neighbourhoods of Marina Grande and Chianalea. Pay a visit to catch classic views of Sicily and the Ionian Islands.

Marina Grande’s long stretch of unspoiled beach, dotted with cafés and beach umbrellas, is the perfect place to put away the cell phone and regenerate.

Love a good beach holiday? How about checking out this seaside town in Spain.

Scilla Calabria, in May, where barely another soul appears and the brilliant seawater sparkles is indeed an undiscovered jewel of southern Italy.

Scilla’s district named Chianalea is a maze of narrow streets leading to the ocean. Known as the Venice of the South, the jumble of houses tumble down to the sea amidst cafés, strolling cats, hanging laundry and a mermaid fountain.

It’s here that we find our favourite restaurant, Ristorante “Blue de Toi,” with its tables floating over the sea. Over two evenings Pepe, the chef, prepares grilled tuna, swordfish and octopus along with handmade rigatoni and baba limoncello. Pepe epitomizes the Scilla experience with his passion to create unique cuisine and his entertaining chitchat after our meals.

For it is the interactions with the locals that become our most cherished memories of Scilla Calabria.

From the men in the white van who led us like lost sheep to Scilla Italy and the retired Calabrian-Canadian who wants nothing more than for us to stay a week so he can proudly share his homeland with us.

The market vendors and locals are curious about two Canadian sisters passing time in Scilla. They want to know our roots and why (without Italian roots) we have come to Scilla, Calabria.

We encounter Letitia from Rome who loves living in Scilla with her partner and 12 dachshunds and a young man who eagerly schools us in the art of spearing swordfish.

We leave Scilla Calabria with our taste buds humming and heavy hearts. We have barely scraped the surface of this southern Italian treasure.

Where To Stay In Scilla Calabria:

Fancy A Day Trip To Sicily From Scilla?

What To See In Verona, Italy: Is 24 Hours Enough?

15 Amazing Things To Do In Trento Italy 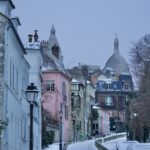 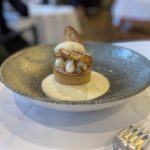 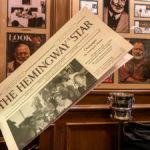