It was my first trip to Thailand and with Happy Songkran Day, we rang in the Thai New Year. 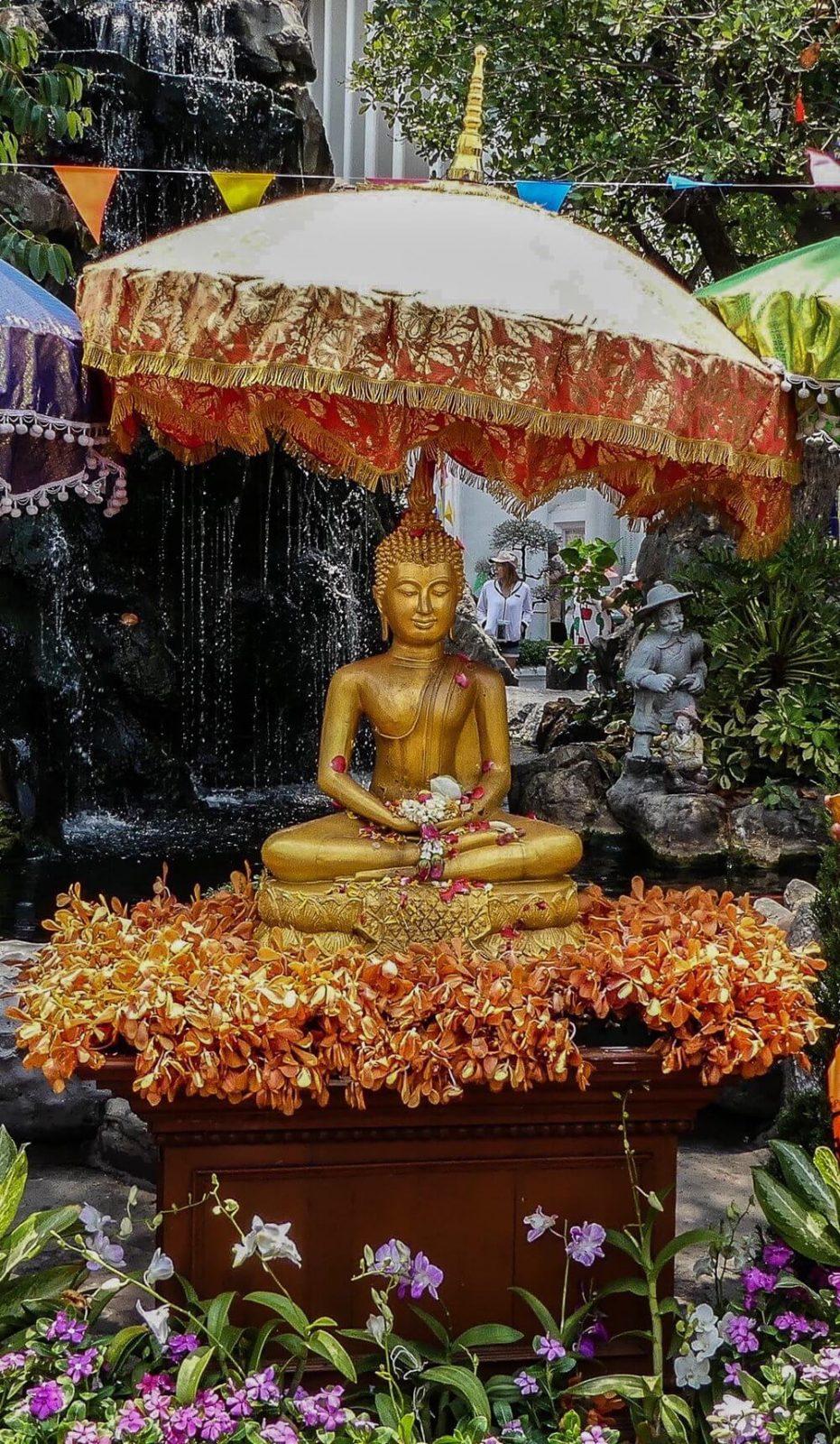 The cab driver kicked off my trip to Bangkok more than he knew. The exchange went like this:

“Where you from? London?”

“No, Canada.” Em, my daughter and I chimed in unison.

We looked at each and mouthed the words, “Same, same but different!”

He then proceeded to blare the seventies disco song “One Night in Bangkok,” several times. It made me smile. “Ah, so this is how it goes in Bangkok!”

With “One Night in Bangkok” playing on repeat in my head, we started our adventure in the steaming hot city. 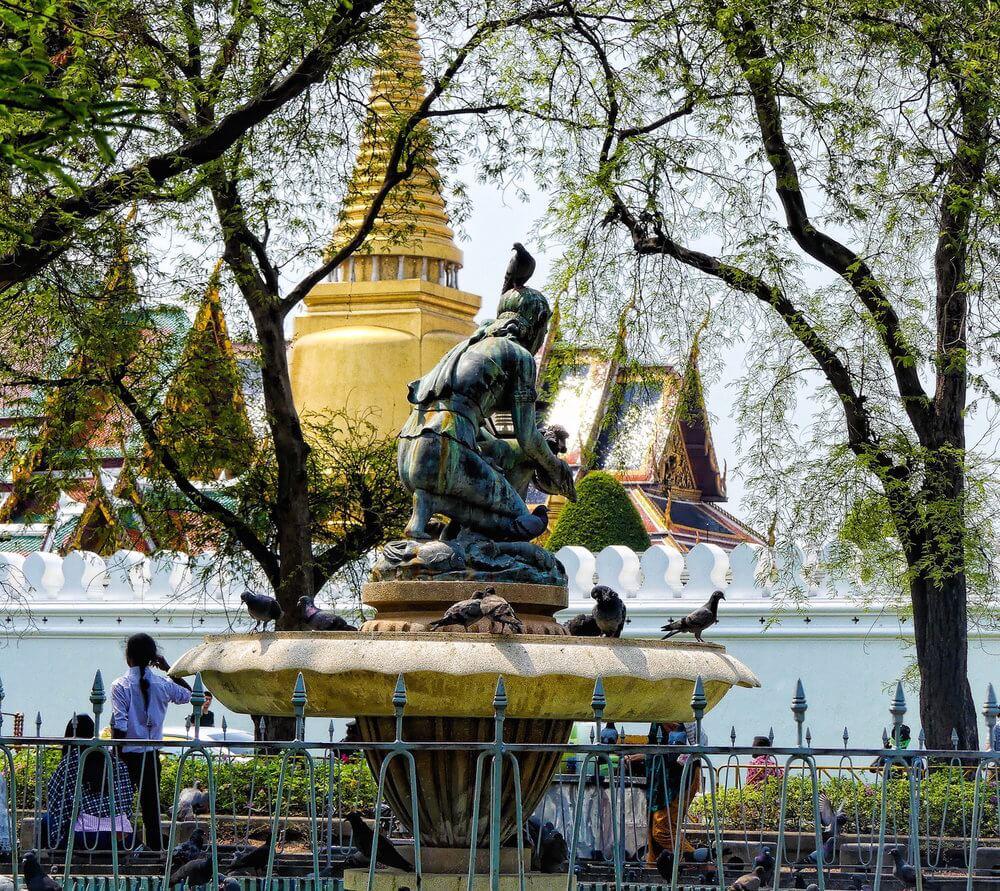 floating markets, reclining Buddhas, birdwatching and Khao San Road were to be part of the Bangkok experience. And so they were, augmented with a sprinkling of water, clay and colossal crowds.

Care for off the beaten path? Kaeng Krachan is one of Thailand’s National Parks. Read details about visiting.

It was Songkran, the Thai New Year’s celebration, a three-day Buddhist festival honouring renewal.  Songkran, the sanskrit word for “astrological passage,” meaning transformation is an opportunity to wash away trials and tribulations from the previous year and create space for luck and prosperity in the new year.

Happy Songkran is all about this Thai ritual.

It came in volleys,

who had a memory

of once being dry.

Nothing prepares you for this except maybe a bathing suit or a rain poncho. In every street, there were Thai people, wearing flowery shirts, with a twinkle in their eye and a pail of water or a massive water gun in their hands. Happy Songkran!!

Humans of all ages participate. Young children, the elderly and every age in between are found delighting in the festivities and cleansing their Buddhist icons.

During the Songkran festival, there are squeals of laughter, shrieks and giggles heard throughout Thailand.

Not only is there water but also clay. While people douse you with water, their friends rub clay streaks on your face.  Embrace it. It’s an extra blessing!

Come to Bangkok during Songkran and be prepared to get wet with a smile.

Get a water gun. Join in the fun.

Get cleansed – physically and spiritually.

But – don’t go to Sao Khan Road. Unless you like the madness of crowds. Throngs of thousands of merrymakers.

Three of us took a cab to Khao San Road to participate in the Songkran festivities. We had no idea there would be masses and masses of people. We were not prepared for the mayhem.

At first, it seemed like fun. We squeezed our way through the crowds. Scads of people getting soaked. There was an element of fun and unforgettable celebratory energy. A blessing by a Thai stranger added to the uniqueness of the evening.

Getting back, however, was horrendous. There was only one way, so we headed into the crowd. We were like sardines. Worse. Sardines under attack. Splash! We were carried along in a wave of humanity.  Splatter! There was nowhere to exit. Splash! There were masses of people moving in opposite directions. Slosh! People pushing and shoving. Orphaned flip flops floated in huge puddles. We held onto each other’s shirts afraid we might get separated as we squelched along.

Our height afforded us a view over the masses. It was a sea of humanity with no exit in sight. Panic started to rise. We had to surrender to the flow of the horde. It was terrifying. Images of being trampled danced before my eyes. I had been in Thailand for less than 24 hours. I was not going down. 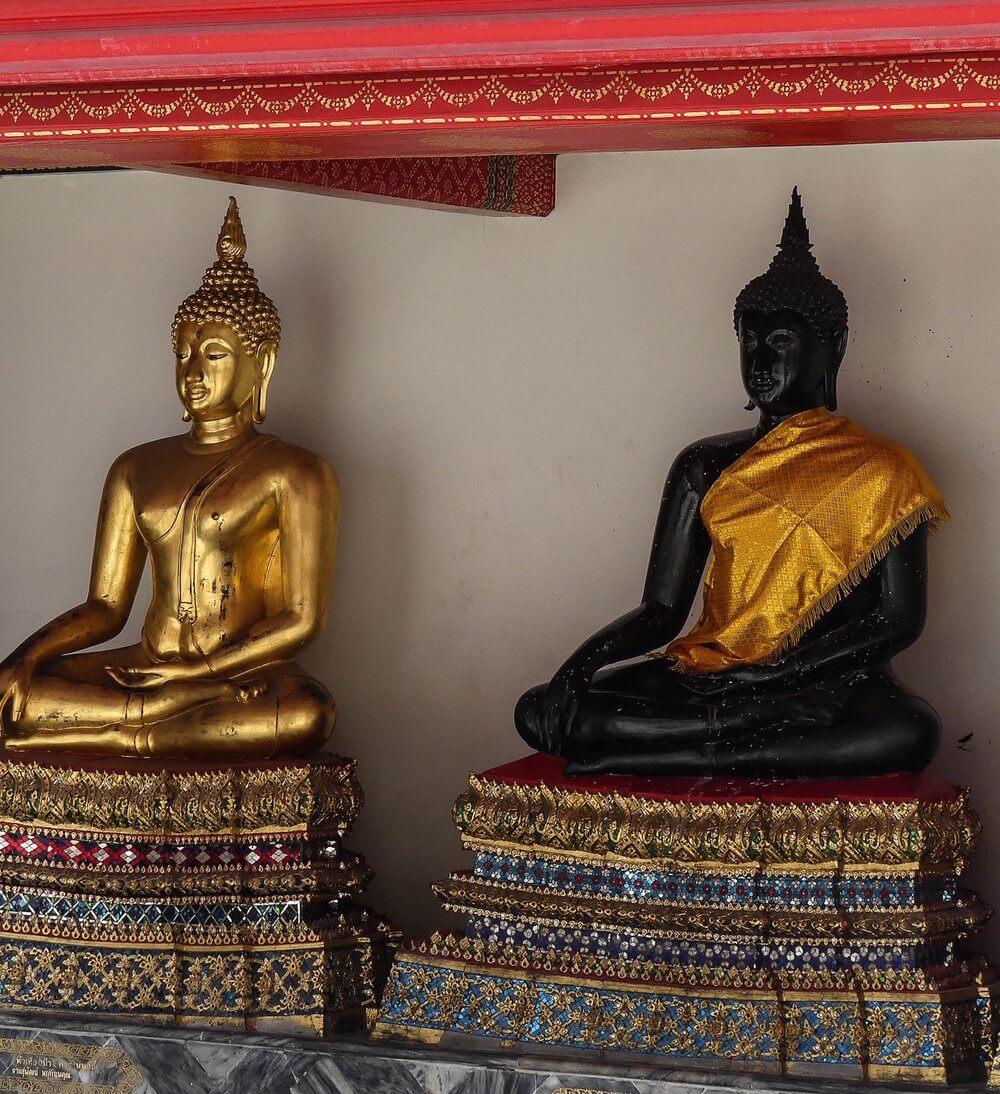 We were finally spat out at the end of Khao San Road. We elbowed our way to the first tuk-tuk available and hopped in. More madness ensued as the tuk-tuk sped off at 120 km an hour, careening around corners on two wheels. We were literally hanging on for dear life, adrenalin surging, mouths gaping. 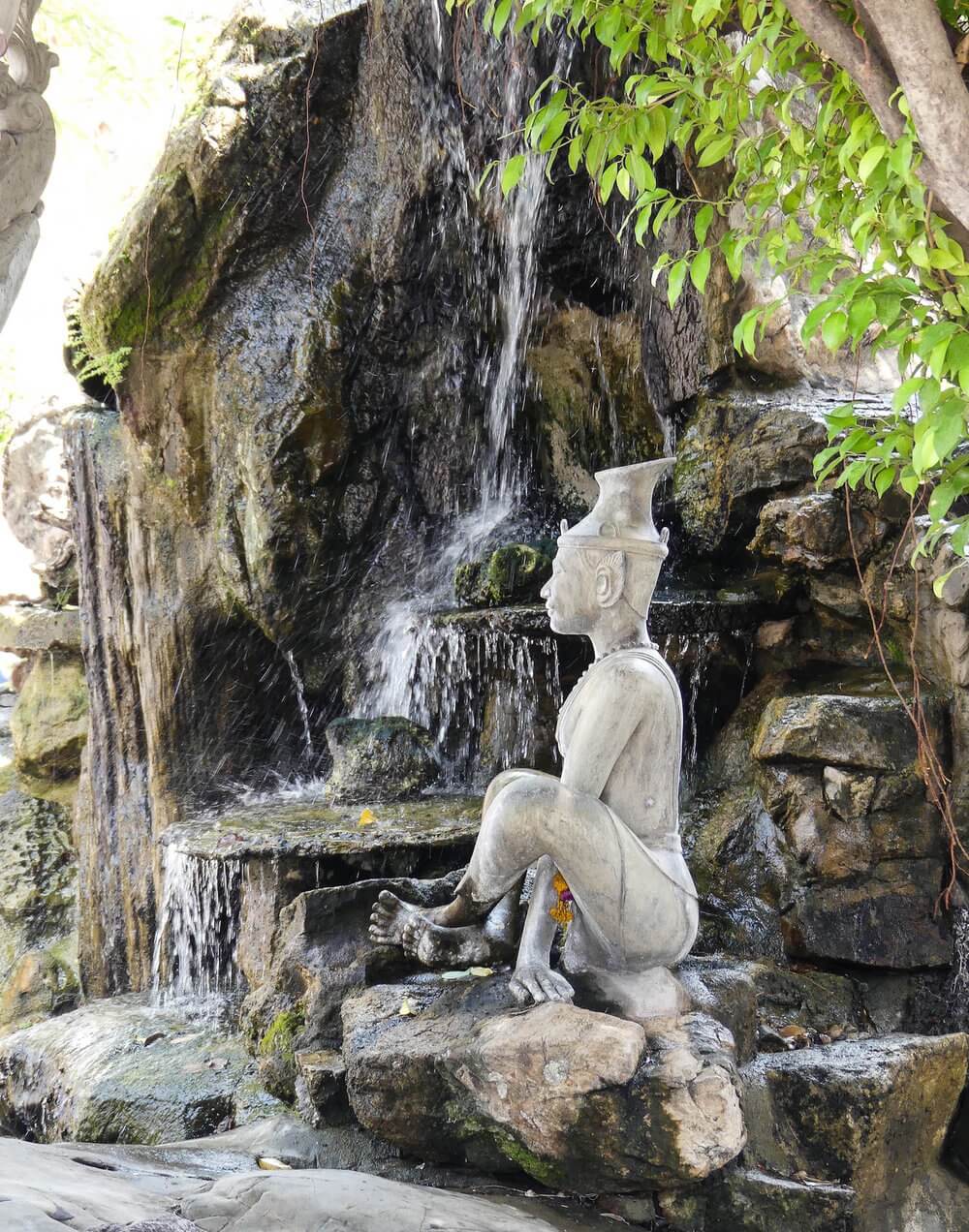 Never have I been so happy to be dropped off in the vague vicinity of my destination.

We were THRILLED to walk at our own pace down some quiet, wet roads.

As we breathed a sigh of relief at surviving our expedition, I thought of  “One Night in Bangkok.”  Perhaps I needed to rewrite the lyrics. Mine was a different kind of wild. One that included enough water dousing for the Songkran Festival to send me into the new year, bursting with good luck.

“If there is magic on this planet, it is contained in water.” 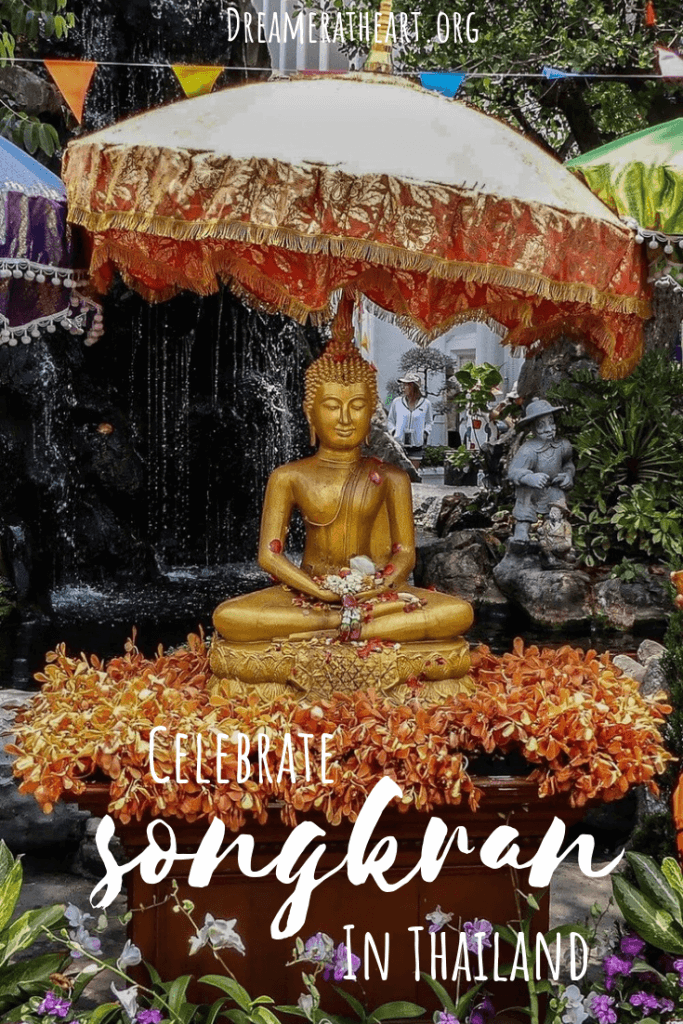 How to Get to Tioman Island, Malaysia

Where to See Orangutans in Borneo