12 Best Things To Do In The 19th Arrondissement Of Paris

Parc des Buttes-Chaumont, which opened in 1867, is a favourite among locals in the 19th arrondissement. It is one of Paris’ largest green spaces with a hidden waterfall and a 50-metre cliff topped with the Temple de la Sybille reminiscent of the Temple of Vesta in Tivoli, Italy. Stroll through Parc des Buttes-Chaumont and see a snapshot of real Paris: families picnicking, trumpets being practised, wedding photoshoots, breathless joggers (it’s quite hilly) and lots of sunbathing. On other occasions, I’ve heard renditions of Edith Piaf, sat and watched flocks of parakeets, and early morning classes of tai chi.

Read More | Find all the details about the best way to spend your time at Parc des Buttes-Chaumont.

2. The 19th Arrondissement: Get On The Canal de l’Ourq

The Canal de l’Ourcq Running Through Paris 19: A Little History

The Canal de l’Ourcq was created in the XIXth century by Napoleon Bonaparte to bring more drinking water to Paris. It stems from the Ourcq River in the Aisne department in northern France and flows to the Bassin de la Villette. From there, it joins the Canal Saint-Martin. The Canal de l’Ourcq is 108 km (67 miles) long and has 10 locks. Since 1983, the water in the Canal de l’Ourcq has been designated for non-drinking purposes.

The canals in Paris bustle with activity. A completely different vibe than the Seine River, the Canal Saint-Martin hops with the boho crowd. And the Canal de L’Ourcq? Well, it hustles to its own beat.

Head on over to the Quai de la Seine in the 19th arrondissement and find Marin d’eau Douce. Rent an electric boat for up to five people for 40€ an hour and cruise the Canal de l’Ourcq. They’ll even prepare a picnic basket for you on request.

There was a time when craft beer wasn’t such a big deal in Paris. But no so anymore. With its wide range of craft beer, street food menu, and a terrace that looks over the Canal de l’Ourcq, the Paname Brewing Company is a non-negotiable stop in Paris for beer drinkers.

Pro Travel Tip: This is a 2-minute walk to the Lift Bridge at rue Crimée

What on earth is the Parc de la Villette? Once, La Villette was a village outside of Paris with a history dating back to the Romans. In 1859, under Napoleon III’s expansion of Paris, La Villette became a part of the city. Here at La Villette, 5 large abattoirs or slaughterhouses were located and used until 1973.

Fast forward (very fast) to the present day when the Parc de la Villette is the third largest park in Paris, after the Bois de Boulogne and the Bois de Vincennes. People gather here for picnics, to visit Cité des Sciences et de l’Industrie (the largest science museum in Europe and 5th most visited in Paris), and explore the ten themed gardens (including one with mirrors, and one with metallic kites).

Some Special Events At La Villette:

Villette Cinéma Plein Air: For a month in the summer head over to La Villette to watch movie screenings under the stars.

This year in 2022, summer in Paris celebrates its 20th year with Paris Plages where summer activities are set up along the banks of the Seine and at the Bassin de la Villette in the 19th arrondissement.

At the Bassin de la Villette the summery Paris fun includes swimming, paddleboats, kayaks, deckchairs and beaches. The three swimming pools and two paddling pools are the perfect way to cool off on a hot summer day in Paris.

Jumping into the Canal is forbidden although, during a scorching heatwave, I may have witnessed a few rule breakers!

6. Climb The Stairs To Butte Bergeyre In Paris 19

Finding the little tucked-away villages of Paris is like discovering treasure. Right in the centre of busy, noisy Paris are tranquil enclaves of houses, framed by wisteria and Pierre de Ronsard roses bushes, set on cobbled streets.

Climb one of the three staircases leading to Butte Bergeyre and enjoy stunning views over Paris, a hillside vineyard, a communal garden and a real Paris community. Sit on the one bench and stare out over Paris. Breathe a little. For as Victor Hugo wrote, “To breathe Paris is to preserve one’s soul.”

Read More | Find out all the details about Butte Bergeyre.

Calling all music lovers to the Cité de la Musique in Paris 19. Concert halls, a music museum, an amphitheatre, a library, and a unique design by architect Christian de Portzamparc invite guests to step into this meeting place for music. With its fluid and luminous design, and fabulous acoustics, the Cité de la Musique is well worth adding to your itinerary.

Spend an evening at the Philharmonie de Paris (Paris Philharmonic) and admire the Grand Concert Hall where there really isn’t a bad seat. I bought a ticket for 20€ which had a great view over the musicians and then the usher moved me to an even better seat.

8. The 19th Arrondissement: Attend A Concert At Le Trabendo

I had the good fortune to get invited to a musical event at Le Trabendo in the 19th arrondissement of Paris. Tucked in behind the Cité de la Musique, this venue has a marvellous terrace and a hall that holds up to 700 spectators. Le Trabendo presents an eclectic range of musical talent ranging from electro, and rap to hip hop. Check out the events calendar here.

9. Wander Through The Mouzaïa Quartier In Paris 19

It’s the little cobbled laneways called “villas,” the trailing wisteria and brilliant rosebushes, the unique houses playing peek-a-boo from behind the gates and the essence of tranquillity that make Mouzaïa an off-the-beaten-track gem to discover. In the 19th century, these were homes of the quarrymen who worked in the nearby quarry. Stroll the ten passageways, some dead ends, lined with delightful, small houses. Close your eyes for a minute. Listen to the birds. It’s not hard to imagine that you’ve been transported to rural France.

A true delight in the 19th arrondissement of Paris.

Getting to Mouzaïa In Paris 19:

10. Catch The Lift Bridge In Action

Le Pont Levant (lift bridge) de la rue Crimée is a designated historical monument in Paris. This hydraulic lift bridge was the first such bridge in Paris and has worked since 1885. And when I say work, it operates about 9000 times a year. That’s about 24 times a day!

Automatic barriers stop the road traffic from crossing but pedestrians can still cross on a pedestrian bridge while the historical monument is in operation.

When the bridge goes up, you can see the cables and the wheels working to lift it!

Getting to Le Pont Levant In The 19th Arrondissment :

On foot: a 2-minute walk from Paname Brewing Company

Get a Velib rental near Canal Saint-Martin and follow the paths (and a few roads) towards the Bassin de la Villette, follow either the Quai de la Seine or the Quai de la Loire and cycle through the Parc de la Villette. Keep following the bike trail and you’ll soon feel like you are in the country. An hour’s ride will get you to the Parc Forestier de la Poudrerie. Bring a picnic.

Alternatively, you can stay in Paris 19, cycle the quays and watch pétanque, grab a beer at Paname, or a glass of natural wine at Cambuse. Once you get to the Parc de la Villette, there is plenty of exploring to do!

It’s really hidden away down a narrow treed passage. And then the wooden porch with its colourful trim appears. Originally a German Lutheran Church, it was bought by the French government after WWI. With the increasing number of Russian immigrants flocking to Paris after the Russian Revolution, the Orthodox church in the 8th arrondissement, Saint-Alexandre-Nevsky Cathedral (well worth discovering) was bursting at the seams. The Russian community purchased this little church in the 19th arrondissement honouring Saint-Serge de Radonège.

Take your time and wander the perimeter. Sit a bit and listen to the birds. And then push the doorway to enter Saint-Serge de Radonège. With any luck, the wooden door will creak open and the Russian clergy will be practising their chanting. You can’t help but be struck by the colourful, and intricate religious murals.

I hope you enjoy exploring the 19th arrondissement of Paris as much as I do!

Now that you are familiar with the 19th arrondissement of Paris, you might want to add these areas to your list of places to visit!

La Butte aux Cailles, tucked away in the 13th arrondissement, is another place in Paris that has retained its village-like charm. My article on La Butte aux Cailles will lead you to discover some of the area and its visually enticing street art.

And don’t forget that the 7th arrondissement has lots to see and do once you have seen the Eiffel Tower.

Le Marais In Paris: 23 Fascinating Things To Do

The 6th Arrondissement In Paris: 20 Best Things To Do In Saint Germain des Prés 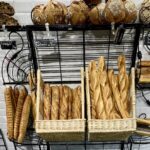 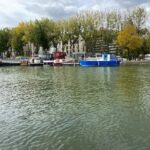 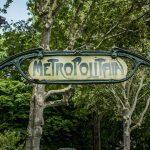