I had no idea before I arrived in Provins France from Paris just how outstanding it would be!

I decided to visit Provins France on a day trip from Paris in the early days of deconfinement in the spring of 2020. With the Coronavirus, everyone in France had been confined to within a one-kilometre radius from their home base.

With the initial deconfinement rules, we were allowed to travel up to 100 km from home.

Provins France, a medieval village and a UNESCO World Heritage Site, was my first adventure outside of Paris.

How To Get To Provins France From Paris

Provins France is 90 km (56 miles) southeast of Paris. Here are two ways to get from Paris to Provins for a fabulous day trip!

Paris To Provins France By Train:

Take the SNCF Transilien Line P from Gare de L’Est to Provins. The journey is about one hour and 25 minutes. The return trip (Paris – Provins) will cost about 22€ unless you have a Navigo Pass (5 zones) which can be used.

From the train station in Provins, there is a minibus that will take you to the medieval town. Alternately, it is about a ten-minute walk, mostly uphill, following the pedestrian signs to the UNESCO World Heritage Site.

Paris To Provins France By Car:

The route by car from Paris to Provins France takes the same time as the train (one hour and 25 minutes). Take the N4 highway and then follow D231 to Provins. Driving in and around Paris, be sure to know your route and/or have a good navigator!

The Provins Tourist Office has a large car park with paid parking. My friend and I parked outside the fortified wall and walked into the medieval centre of Provins.

I am discovering during my years of living in France that there is a story behind absolutely EVERYTHING. So what indeed is the story behind Provins France?

Provins France is one of the best-preserved medieval towns in France with its ramparts and city walls, built between the 11th and 13th centuries, and its winding streets lined with half-timbered houses.

Have you heard of the Counts of Champagne? Provins France was the economic capital of the Counts of Champagne. Its strategic position made it a centre for trading fairs drawing merchants from far and wide in the XI and XII centuries. Provins became a wealthy centre with its speciality in trading wool and one of the most well-known towns in France.

1. Wander The Upper And Lower Town In Provins France

Enter Provins France through one of the towering gates and meander down the cobblestone streets past the ancient half-timbered buildings. For me, there is a calmness and innate curiosity that comes from wandering along the same streets as the wool merchants from centuries ago.

Love medieval towns? Check out these Plus Beaux Villages de France. You won’t be disappointed! Or if you are heading to Brittany, you’ll be hard-pressed not to fall for Dinan.

2. Delight In The Rose Garden

Roses abound in Provins France. All colours. Hundreds of types. The scent carries you along, inviting you to discover The Rose Garden (La Roseraie de Provins). Here you can relax in the tea room and wander the glorious gardens.

The old well, the simple cross, and the charming ancient buildings that surround this main square of Provins France make it the perfect place to sit awhile. Better yet, grab a galette from Brittany (there are two such restaurants) and a glass of champagne (you are close to champagne country, after all) and picnic in Place du Châtel imagining the trading that would have occurred here years ago.

4. Walk The Ramparts In Provins France

Be sure to climb the stairs by the fortified gate of Porte Saint-Jean and walk the parts of the ramparts that still exist and are accessible. Built between the 11th and 13th centuries, the ramparts were five kilometres long and 25 metres high. The views are wonderful and once again it doesn’t take much to spark your imagination around how they were once used.

Be sure to wander down into the moat area, which at the time of visiting in the spring of 2020 was inaccessible due to a restoration project.

Do you love strolling along fortified ramparts? The ramparts in Saint-Malo and Dinan are also fun to explore.

Le Tour César a fortified tower from the 12th century, looms over Provins France with its unmistakable square base, octagonal tower and pyramid shaped roof. Over the centuries, Le Tour César has been used as a prison and lookout tower.

Since 1693, Le Tour César has served as the bell tower for Saint Quiriace Collegiate Church.

The sweeping views from all sides of the tower are said to be fabulous. Unfortunately as I was there at the beginning of déconfinement, it was not possible to climb Le Tour César in Provins.

Read More: Looking for other great day trips from Paris? This list has 14 day trips.

Saint-Quiriace collegiate church from the 12th century is a mix of Romanesque, Gothic and Classic styles. The nave of the church was to extend all the way to the cross that is shown in the photograph. But with the decline of the Champagne trading fairs, the construction of the church was stopped. Both the exterior and the interior of the church are unfinished. There is a bricked up rose window and the façades are unadorned.

Another day trip from Paris is to the lovely town of Auvers-sur-Oise. Vincent Van Gogh painted his famous masterpiece, The Church at Auvers, and is buried in the graveyard.

Hidden under the houses and winding medieval streets of Provins are kilometres of vaulted tunnels and passageways. The tours of the underground tunnels (Les Souterrains de Provins) are very popular. Be sure to book in advance and look specifically for the tours in English.

The Maison Romane is one of the oldest buildings in Provins. This Romanesque house from the 11th century is the Museum of Provins.

The Tower of Notre-Dame-du-Val is a bell tower and was once an entrance into the city. Find this tower in the lower town of Provins France.

Le Roi Lire is a bookstore specializing in the Middle Ages. If this is an area of interest for you, you will be in paradise browsing the 5000 titles available. The bonus? The bookstore is set in one of the underground vaulted rooms!

Every June Provins hosts its renowned medieval festival. This popular festival recreates everyday life in medieval times with fairs, games, music and the costume of the day.

The 37th Annual Medieval Festival (Les Médiéveles de Provins) was to have taken place on June 13 and 14, 2020. It was cancelled due to the coronavirus.

The next Annual Medieval Festival in Provins France will take place on June 25 and 26, 2022. (please verify dates online)

12. Savour The Specialty Of Provins France

Niflettes. Have you heard of niflettes? These small tarts are unique to Provins France and the surrounding area of Seine et Marne. This deluxe Provins France specialty is a puff pastry tart filled with pastry cream, sometimes flavoured with orange blossom. Mmmm!

These little tarts have been around in Provins since the Middle Ages and are part of this city’s culinary heritage. Each year, thousands of niflettes are sold in the pâtisseries in this medieval city. What an enduring tradition!

Head to Provins France to enjoy a niflette. How about you get a dozen with a 13th to top up the order?!

When To Eat Niflettes In Provins France:

It is easy to see why Provins France was declared a World Heritage Site in 2001. There is an antique treasure at every turn pulling you into the life and times of centuries past.

There are many outstanding reasons to visit Provins France on a day trip from Paris. Or, for longer. Wouldn’t you agree?

How To Spend The Day In Beautiful Auvers-sur-Oise, France 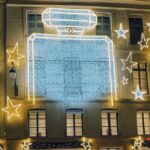 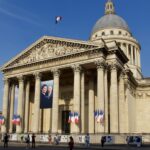